“I’ve just been outside, the climate… the climate is gone!!!
As of today, there’s no more climate out there!
Temperatures, winds, humidity and all that… don’t exist anymore.
Good thing I have machines that maintain the climate in the house! Close all the windows now, don’t let my climate leak out!”

There you go, that’s what “climate denial” means, if you’re using English as a code for your communication. And no one has ever done it before me in the history of humanity!

There exist no climate deniers since no one has ever denied climate.

If you were thinking of people who deny the climate change, those are called “climate change deniers” in English. It’s a completely different group, since they’re denying different things. That’s if you operate the formal distinction between “climate” and “change”, but climate is change, factually, it’s anything but constant.
However, there has always been a small and fringe group of people who denied climate change of any sort. Note that in English “fringe” doesn’t mean “wrong”, they’re just not representative for large populations.

Remember: the correct denomination for this group is “climate change deniers”!

Lastly, but most importantly, quantitatively and scientifically, there’s the large mass of “climate change official narrative deniers“, people who deny establishment’s official story about the climate.
And that’s the third and most important group you need to be aware of and understand what they do.
But frankly, if you needed these clarifications, you seriously need professional help with your cognitive functions, not my blog posts. I mean it clinically, not mockingly.

Later edit: unsurprisingly, in the first couple of days since publishing, among the few negative comments this article got on social media, the most frequent theme is:
“I don’t get it, therefore you’re a stupid troll!”.
QED.

There is this mad scientist character in ‘The Walking Dead”, obsessed with turning zombies back, he never gives up, despite a long history of constant failures. Can we turn a functional illiterate and make him get it?
Help us find out, here’s a fun challenge:
Make the least wordy and the most visual version of my meme below, something a goldfish can understand. Then let’s each compare the feedback from goldfish and gretards. And the rest of menagerie that survives at the bottom of the human intelligence pit. My money is on goldfish. 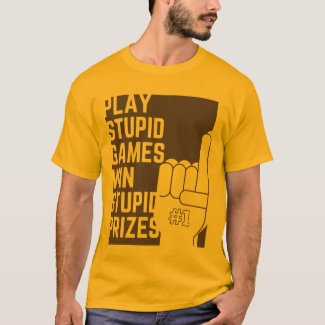 THE WINNER T-Shirt
by SILVIEW