Have you ever imagined modern history and official narratives stripped off of coincidences?

So far all my articles have been fact-based and sourced documentations of our times. This time I will enter the fact-based speculation field, but I will mind having an overwhelming majority of factual content over the theoretical speculation.
Is it a fact that modern history and official narratives abund in coincidences?
Is it a fact that, based on all history, statistics and personal life experiences, anyone can say at least a good chunk of these coincidences are an indicative of common scripts and arrangements?

Not a proven fact, just a hunch, it doesn’t really matter as an argument, it’s just what put in motion this train of thoughts:
Watching George Floyd’s arrest, did anyone else asked himself how come the cop with his knee on Floyd didn’t seem worried about cameras for a second and kept that position for long minutes? Am I the only one who felt he was posing? Anyways…

Meet Amara Touré, a trending figure right now on the French Twitter. On may 28th, France got scandalized by his brutal arrest by Paris Police.

French alternative media, activists and Interned started flaming after this:
“In the aftermath of the barbaric murder of George Floyd in the United States. Today this scene takes place in France in the 20th arrondissement, Amara Touré suffers the same violence. The French media, they condemned the United States yesterday. Today it’s at home in France, you must also condemn! ” writes revolutionpermanente.fr

The young Frenchman didn’t die, luckily.
But France, Paris especially, have burned a few times because of Police brutality. It’s a sensitive issue there as much as in US, if not more. Subservient mainstream media there, as opposed to the one in US, is happy to overlook these incidents.

So you would think cops there are inclined to avoid exposure when they brutalize a black person, especially in these sensitive times.
Well, does it look like it? Let’s see one more video:

I know this is standard procedure, but are these cops begging for attention or not?
Because if they do, there’s a large plot going on.

Here’s some more facts:
Many chapters of our history has been written by people who love to control both sides of a conflict so they can win every time. At least since they demolished French monarcy.
History is a repeating cycle of construction and demolition, and many of these demolitions have been proven to be controlled.
There is no way in hell there’s not going to be a backlash from the public to the system after these lockdowns.
Technology can predict uprisings.
Money can stage an uprising.
It’s better to stage and control your own uprising than have an uncontrolled and popular one.
Controlled opposition is a standard operation too, just like a knee on the neck.

And here’s the speculation and the bet I want to make with the public:
Based on the facts above, it’s more than likely that stage violence will be used as an exit strategy from the Coronavirus quarantine, because that’s pretty much the only tool for the establishment to deter a fatal public backlash.
And this violence needs a firestarter, someone to break the first window.

It is reasonable to consider this possibility and to monitor the coming events with it in mind. All I’m saying.

PS: I think you’d find things even more interesting if you investigated the origins of this arrest technique.

Also watch: The White George Floyd No One Cared About – The Death of Tony Timpa (Video mini-documentary)

And this is where things really escalate:

“Another of President Obama’s brazen acts as he leaves office is a “parting shot” at American gun owners by submitting the U.N. Arms Trade Treaty to the U.S. Senate for ratification. For the uninitiated, the term refers to turning around in your saddle as you ride away from a losing battle and firing one last round at your enemy.
The Arms Trade Treaty (ATT) was negotiated from 2006, during the Bush administration, through 2013 with the Obama administration. The original intent of the treaty was theoretically to prohibit arms transfers to regimes that abused human rights. From the very start though, gun control groups looked upon the treaty as an end run around America’s domestic reluctance to adopt their agenda — if Congress and the state legislatures wouldn’t pass gun control why not get the U.N. to make it a permanent part of its agenda or even better part of international law?” – Washington Times

The puzzle is now complete. Just as anticipated:

On Friday, the United Nations Office at Geneva (UNOG) posted the flag of Antifa on their official Twitter account, saying that a group of  human rights “experts” at the globalist organisation had expressed “profound concern over a recent statement by the U.S. Attorney-General describing Antifa and other anti-fascist activists as domestic terrorists, saying it undermines the rights to freedom of expression and of peaceful assembly in the country.”

One expert cited in the statement from the United Nations was Fionnuala Ní Aoláin, the UN Special Rapporteur on the promotion and protection of human rights and fundamental freedoms while countering terrorism, who also works as the Board Chair of the Open Society Foundations Women Program — OSF being the plaything of left-liberal billionaire activist George Soros.

UN #HumanRights experts express profound concern over a recent statement by the US Attorney-General describing #Antifa and other anti-fascist activists as domestic terrorists, saying it undermines the rights to freedom of expression and of peaceful assembly in the country. pic.twitter.com/2Pz2dMyq8k

“International human rights law protects the right to freedom of expression, association and peaceful assembly,” said Ní Aoláin, adding that it was “regrettable that the United States has chosen to respond to the protests in a manner that undermines these fundamental rights.”

The support from the UN for the far-left group came in response to U.S. Attorney-General William Barr’s statement that violence committed by Antifa “is domestic terrorism and will be treated accordingly”.

Though there has been no legal action taken since President Trump’s announcement that the U.S. will designate the group as a terrorist organisation, Ní Aoláin said that “the loose use of terrorism rhetoric undermines legitimate protests and dampens freedom of expression in the United States, which has been a hallmark of U.S. constitutional values, and a beacon far beyond its shores”.- Source

PS: Famous journalist George Webb’s Youtube channel has just been deleted after a series of videos where he confirmed the main thesis in this article. Here you can watch a mirror Bitchute upload of one of his latest videos.

UN marches on. After more appeals to them from George Floyd’s father this time, we finally have the first UN mingling in US’ internal affairs and wagging a finger at Trump:

‘People taking part in peaceful demonstrations across the United States, and journalists covering these protests, should not be subjected to disproportionate use of force or other violations, the UN human rights office said on Friday.

Spokesperson Elizabeth Throssell was answering a reporter’s question about the US authorities deploying federal security officers to various cities to quell demonstrations against racial injustice, sparked by the death of George Floyd, an unarmed African American man, while in police custody in Minneapolis on 25 May.

“Peaceful demonstrations that have been taking place in cities in the US, such as Portland, really must be able to continue without those participating in them – and also, the people reporting on them, the journalists – risking arbitrary arrest or detention, being subject to unnecessary, disproportionate or discriminatory use of force, or suffering other violations of their rights”, said Ms. Throssell.

Officers must be identified

Regarding reports about unidentified police officers detaining protestors, she said “that is a worry because it may place those detained outside the protection of the law, and may give rise to arbitrary detention and other human rights violations.”

Ms. Throssell said federal and local security forces must be properly and clearly identified. They also should use force only when necessary and in accordance with international standards.

“Also, it is important that any victims of unnecessary or excessive use of force do have the right to remedy, and there should be, as we often say, prompt, independent, impartial and transparent investigations into any allegations of human rights violations, and that should ensure that those responsible are held accountable”, she added.

In light of demonstrations across the world, the UN Human Rights Committee, which monitors implementation of the International Covenant on Civil and Political Rights, has been analyzing the right to peaceful assembly.

Ms. Throssell said the Committee will issue a general comment, or guidance, on 29 July, covering issues that include both physical and online protests, public order, and the work of the media.’

We are funded solely by our most generous readers and we want to keep this way. Help SILVIEW.media deliver more, better, faster, please donate here, anything helps. Thank you!

#FlattenTheLies Face Mask by Silview
MASKS ARE BAD FOR YOU, USE THEM ONLY IF YOU HAVE NO BETTER ALTERNATIVE! OR AT PROTESTS. AND IF YOU DO, USE ONE THAT SENDS OUT THE RIGHT MESSAGE. 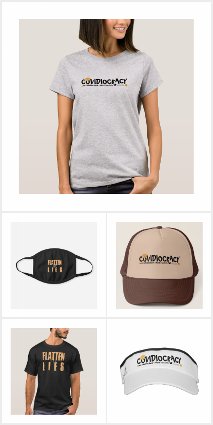 the COVIDIOCRACY COLLECTION AVAILABLE NOW in our shop